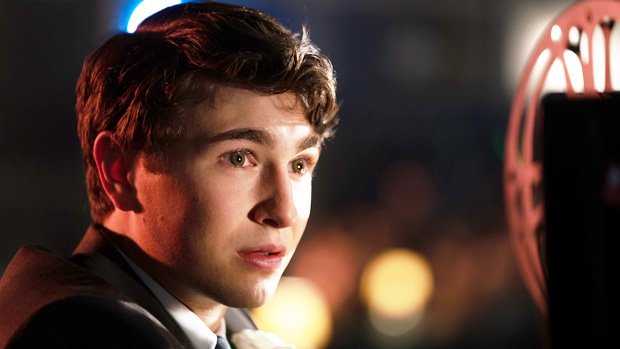 Gabriel LaBelle is one of Hollywood’s most talented rising stars. The 20-year-old actor stars in Steven Spielberg’s latest film The Fabelmans as a character inspired by the iconic director. With this breakout role, Gabriel has solidified his place in Hollywood.

So, who is Gabriel LaBelle? From his family to his work with Spielberg, HollywoodLife has rounded up 5 key things you need to know about the standout actor.

1. Gabriel stars as Sammy Fabelman in The Fabelmans.

Gabriel beat out 2,000 actors who submitted tapes for Sammy Fabelman, The Fabelmans casting director Cindy Tolan told Vulture. Gabriel and Steven got to know each other through a series of Zoom conversations before filming started. “I left it to him to decide how much he wanted to be like me,” Spielberg told the Los Angeles Times. “He has such natural ease [and is] so at home in his own skin and you never catch him acting — or in this case, trying to impersonate me. Above all, I trusted him and didn’t want to get in the way of what I knew he could bring to the role.”

His first onscreen role was in the TV series Motive in 2013. He also appeared in iZombie, Brand New Cherry Flavor, and the 2018 film The Predator. Gabriel’s most recent role was in the Showtime series American Gigolo.

3. Gabriel is from Canada.

Gabriel grew up in Vancouver. Despite growing up in different generations, Gabriel found that he could relate to Spielberg. “There are a lot of similarities I could understand,” the actor told the Los Angeles Times. “We’re both Jewish; we’re both kids of divorce; we both love films. Throughout the film, Sammy is going through a lot of firsts that I’m not so far ahead of. The perspective change of seeing your parents as people for the first time — that’s something I was new to as well.”

4. Gabriel’s dad is also an actor.

Gabriel’s dad is producer and actor Rob LaBelle. Rob notably played Wally Weaver in the 2009 film Watchmen. He recently appeared in two episodes of the CBS series So Help Me Todd.

T.J. Holmes’ Wife: Everything To Know About The ‘GMA’ Star’s 2 Marriages

5. Gabriel is not on social media.

Gabriel is staying out of the social media fray. Gabriel does not appear to have an official Twitter or Instagram account. He could have private accounts, but he does not have any verified accounts on either platform.