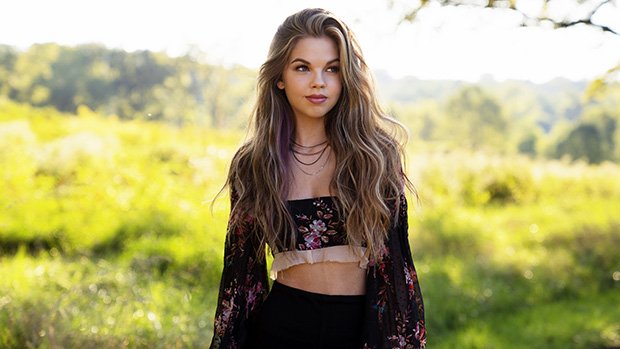 Callista Clark is a name you should get used to hearing. The 19-year-old up and coming singer has been patiently waiting her turn to let the world listen to the music she’s been working on through the years. Her 10-track debut album, Real To Me: The Way I Feel, dropped on October 14 and has been met with rave reviews as she soon after embarked on Brett Young’s European tour and released a Christmas song. “I wanted to release something that was really honest to myself, and in this age, and in this era that I’m in in life,” she told HollywoodLife EXCLUSIVELY about the album. “It’s all about validating emotions, even though I’m young and saying, you can still feel heartbreak, you can still feel stress, you can still feel everything, even though you’re young.”

Callista explained that making the album “helped [her] grow and figure out who [she] wanted to be as a person.” She admitted it was difficult to balance growth “as an artist and as a person at the same time,” but the record helped her get there. “Trying to figure out your own self confidence and your own rhythm in life, and then balancing that with ‘Who do I want to be as an artist?’ ‘What do I have to say?’ ‘What do I want to sound like?’” The “Sad” singer said.

The Georgia-native revealed she wrote most of her music for Real To Me: The Way I Feel “a few years ago,” but the full-length album’s release was put on pause due to the COVID-19 pandemic. Instead, Callista spent the last two years testing out her songs on a live audience and working on some new ones to add to the record, which was an extension of her EP. “I was trying to be very strategic, and also very patient,” she told HL, and recalled playing “anywhere people would let [her]” during the pandemic.

The singer found lyrical and sonic inspiration in country music from the ‘80s and ‘90s, including hits from The Chicks, The Judds, Travis Tritt, Tim McGraw and Garth Brooks. At the same time, she pulled some reference from Maren Morris and her “gritty,” “honest” work. “For the most part, it was all throwbacks,” she said. “A huge mix of things, and that’s always what I love. I feel like you can hear them in the album.”

Be sure to follow Callista Clark on social media and keep up to date with her latest shows and new releases!