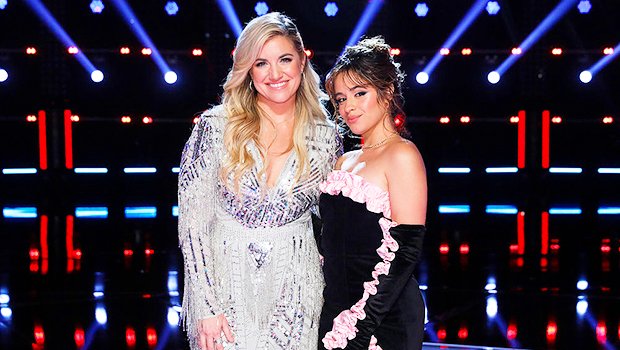 Morgan Myles is still in the running to become the next champion of The Voice. Team Camila’s sole competitor is one of the top talents of season 22. HollywoodLife spoke EXCLUSIVELY with Morgan about what it’s been like working with Camila Cabello as a coach.

“Camila is so personable. She is constantly texting me one on one. She really, really cares. We’ll have just a conversation on song choices, even if it’s devil’s advocate or even if she’s with me on it and just wants to talk through maybe some pros and cons on how to approach it so that we’re giving the best thing that we possibly can. I also love the fact that we’re on the same page about storytelling and picking really well-written songs and then making them my own.”

Morgan admitted that she appreciates how Camila is helping her approach performances from a “well-written song standpoint.” She added that she loves that Camila “doesn’t take herself too seriously. I never have either, but it’s made the very serious competition-type vibe be a little bit less anxious for me. There are just so many elements that I really enjoy working with her for real.”

For the top 10 live show, Morgan wowed with her rendition of Chris Stapleton’s “Tennessee Whiskey.” Morgan will be hitting the stage again during the top 8 live show on December 5. Morgan revealed that she wants to open up even more with her performances.

“We’ve got something in our back pocket for sure. I haven’t been able to share two really vulnerable stories in my life,” she told HollywoodLife. “I was a nanny that became a mother-like figure to two kids that lost their mom to ALS. It was an 8-year thing. I mean, it’s such a deep story. And also, I lost my cousin who’s more like a brother to me at 33 to brain cancer, which we also lost our grandfather to. I would love to dedicate that story and have a really beautiful performance.”

She continued, “I have yet to play piano. There’s so much more that I feel that I haven’t really given to the public yet. All the coaches have said, ‘From day one, you’re just so genuine and authentic. You’re emotional. We believe everything you say.’ But I want to explain why I got to that depth as a human. My heartbreak, the breakup… I am okay with sharing those stories. I’m not embarrassed by them. It’s made me a better writer. It’s made me a better artist.”