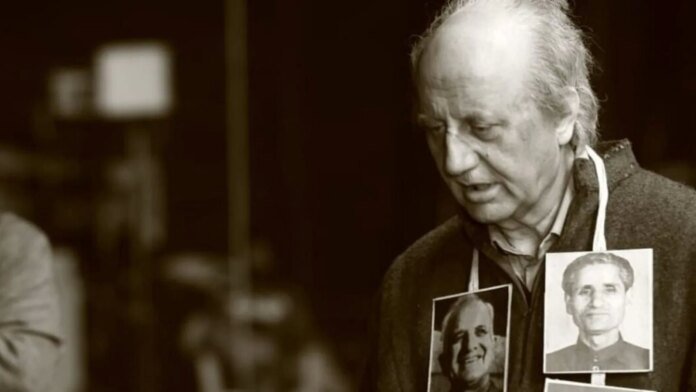 Vivek Agnihotri‘s latest directorial venture The Kashmir Files saw a strong jump in its box office collections on its second day. The film registered a phenomenal growth of 139% as compared to its opening day collection to gross over ₹8 crore on Saturday. This took the total collections of the film past ₹12 crore, a substantial number for the film given that it had a limited release. (Also read: The Kashmir Files movie review: Anupam Kher is the soul of this gut-wrenching film that’s brazen and brutal)

A report on BoxOfficeIndia.com said that the film was going particularly strong in the state of Gujarat. “Mumbai, Delhi and East Punjab lead but slowly the film is pushing in other areas as well and the screen count is going higher. The trend in Gujarat / Saurashtra is looking extraordinary on Sunday and it could be that the film easily crosses 1 crore nett in the state which you could not even imagine for a film like this,” the report stated.

The report further predicted that if The Kashmir Files maintains its current trend, it could end up being ‘the biggest hit post-pandemic’. “The advances for Sunday suggest that this film may well be the biggest HIT post the pandemic as the momentum its is gaining with each passing show has rarely happened before,” said the report.

The Kashmir Files stars Anupam Kher, Mithun Chakraborty, Pallavi Joshi, Darshan Kumaar, and Bhasha Sumbli. The film presents the story of the Kashmiri Pandits’ exodus from the Kashmir Valley in the late 80s and early 90s.

The Hindustan Times review of the film read, “Vivek Agnihotri’s research about the tragedy shows in every scene in the film even though the nearly three-hour length of the film doesn’t do it any favours. The non-linear screenplay doesn’t let you get immersed in any one character’s story. Just when you are feeling terrible for what happened to Pushkar and his family, Krishna’s quest to find the truth about his family’s massacre takes over and you immediately switch to present-day. Krishna’s journey and the story of finding the truth about what happened to his family needed more conviction and clarity.”

Thank you for subscribing to our Daily News Capsule newsletter.