Sunny Leone blasts trolls attacking her parenting: One photo doesn’t dictate who we are as parents | Bollywood 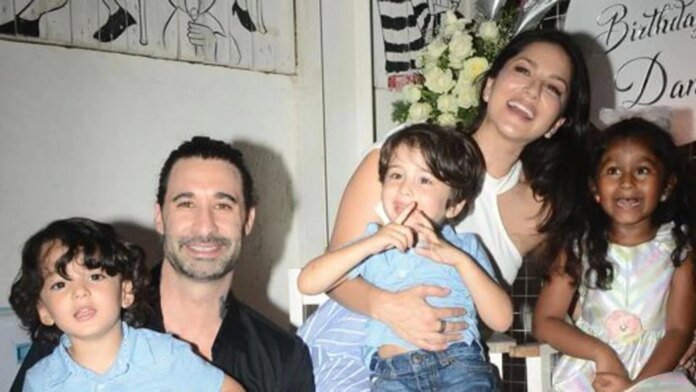 Sunny Leone is very protective of her three children — Nisha, Asher and Noah, just like any other mother. While the actor is fine with the attention they receive as celebrity kids, she is not pleased when her parenting is called into questioned. People recently remarked on a photo of Sunny and her husband, Daniel Webber, not holding their daughter’s hand, and trolls asked whether it was because was adopted.

Leone says “I don’t read [such comments on social media]. Daniel, on the others hand, reads everything because he is very aware of every aspect of our lives, personal and professional. It hurt his feelings. I had to tell him over and over again… I was hurt too, but both of us can’t be sad. I had to tell him ‘you know what, these people don’t know you, or us, what we do for our kids’. They don’t know we have certain standards set, which parents don’t do. We are neurotic that way.”

The 40-year-old, who recently seen made her OTT debut with the series Anamika, asserts that trolls are not present in their house to pass a judgment. “They are not cooking our food, cleaning after them (kids), playing with them, taking them to schools and do so many different things. There’s not just one photo that dictates who we are as parents,” she rues.

Leone even offered an example of a Hollywood star who was also subjected to trolls regarding her parenting skills when talking to her husband, since he was extremely upset.

“People can judge that one pic… there was a pic of a kid falling of an American celeb, people said she is not taking care of the kid. But how do you know? So I had to convince Daniel, explain to him in a certain way that would help him emotionally. He is extremely sensitive about children, especially Nisha. She is daddy’s little girl, nobody can come near her or say anything bad about her without him becoming very upset and protective,” the actor concludes.

Bankman-Fried begged for rescue as he revealed huge holes in FTX books: Report