See Kirstie Alley’s Most Memorable Roles in Her Career 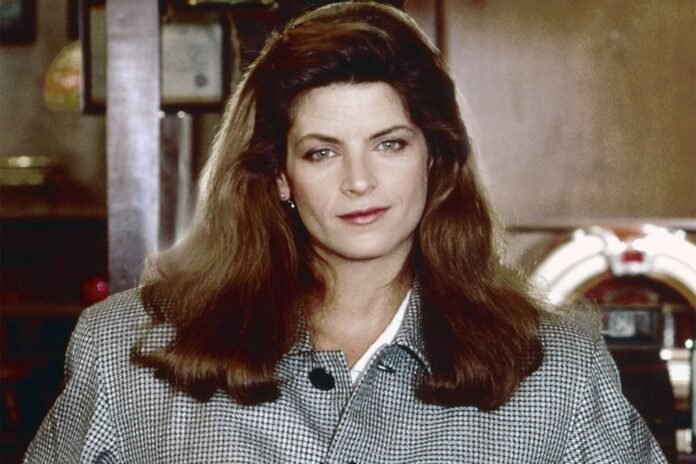 Kirstie Alley will always be remembered for making audiences laugh.

The actress, who died from cancer at age 71, made a name for herself in Hollywood when she starred as Rebecca Howe on Cheers. For the breakout role, Alley won a Golden Globe for best actress and an Emmy for outstanding lead actress in 1991.

But that was only the start as Alley went on to portray dozens of iconic roles across film and television, including Sally Goodson in 1994’s David’s Mother, for which she earned her second Emmy win.

Here, PEOPLE takes a look back at her most memorable parts as the entertainment industry mourns her shocking death.

One of Alley’s first roles came as Saavik in the 1982 film Star Trek II: The Wrath of Khan, in which she played opposite Leonard Nimoy, William Shatner and Nichelle Nichols.

Her big break came at a heartbreaking time, however. Not long before her final audition, she learned her mother had been killed and her father badly injured in a car crash in Kansas.

According to PEOPLE, Paramount postponed her final audition while she returned home to join her siblings at the funeral. “It was the greatest tragedy of my life,” she shared, “and getting the role in Star Trek was my happiest day.”

Alley rose to fame when she starred as Rebecca Howe on the hit NBC sitcom Cheers, replacing actress Shelley Long in 1987. Rebecca was the on-off love interest of bar owner Sam, played by Ted Danson.

She once told PEOPLE her first weeks on the set were “nerve-racking,” adding, “They had all created a great series and I didn’t particularly want to be the cause of its demise.”

She went on to be nominated for five Emmys and won one for outstanding lead actress in 1991. She remained on the show through the final episode of the Boston-based series in 1993.

Alley portrayed Robin Bishop, a high school history teacher, in the 1987 Carl Reiner-directed comedy. She starred alongside Mark Harmon, who played a gym teacher, and Courtney Thorne-Smith, an underachieving student.

The 1989 film Look Who’s Talking brought together Alley and one of her lifelong friends: John Travolta.

In a 2018 podcast interview, she shared that she fell in love with the actor in the late ’80s, but decided not to start a sexual relationship with him because she was married to Parker Stevenson at the time.

Alley starred alongside Steve Guttenberg and Mary-Kate and Ashley Olsen in the 1995 comedy. Alley played Diane Barrows, a social worker who would like to adopt orphan Amanda (Mary-Kate).

Amanda later meets a girl named Alyssa (Ashley), who looks nearly identical to her, and the pair decide to swap places.

The mockumentary followed Mount Rose as it prepared for its annual beauty pageant. Gladys was the head of the pageant organizing committee and a former winner herself.

Alley portrayed Veronica “Ronnie” Chase, the owner of Veronica’s Closet, a lingerie and book company which helped keep romance alive, on the NBC series from 1997 to 2000.

At the time, Entertainment Weekly said it “gives us the Kirstie Alley we’ve been wanting — trash-talking and in charge, a strong, mature woman who’s both vulnerable to men’s charms and sick of their lives.”

Following a stint on Dancing with the Stars, Alley returned to acting by playing the title role on the TV Land sitcom, Kirstie.

The show followed Tony Award-winning actress Madison “Maddie” Banks (Alley) as she builds a relationship with Arlo (Eric Petersen), her son who reappears after she gave him up at birth.

Alley starred as herself on the largely unscripted Showtime series, which aired for one season in 2015.

The show chronicled a version of the star who was struggling to lose weight — as she had in real life — and revive her acting career.

“My agent told me that Ryan Murphy wanted me for Scream Queens, so I called my friend John Travolta because he had just worked with Ryan on [The People v. O.J. Simpson],” Alley told Entertainment Tonight of finding out about the role on the Fox series.

“And John said, ‘Oh my god! You will love him, you will worship him and he is going to love you!” she added. “So then when Ryan called I was very flattered and I was excited and here I am.”

Never miss a story — sign up for PEOPLE‘s free daily newsletter to stay up-to-date on the best of what PEOPLE has to offer, from juicy celebrity news to compelling human interest stories

Alley’s children, True and Lillie Parker, announced their “incredible, fierce and loving mother” had died from cancer on Dec. 5. In a statement to PEOPLE, True and Lillie confirmed that Alley died on Monday.

“She was surrounded by her closest family and fought with great strength, leaving us with a certainty of her never-ending joy of living and whatever adventures lie ahead. As iconic as she was on screen, she was an even more amazing mother and grandmother,” they said, remembering their mother’s “zest and passion for life, her children, grandchildren and her many animals, not to mention her eternal joy of creating, were unparalleled and leave us inspired to live life to the fullest just as she did.”

They also thanked the “incredible team of doctors and nurses” at the Moffitt Cancer Center before concluding their statement by asking for fans to “respect our privacy at this difficult time.”