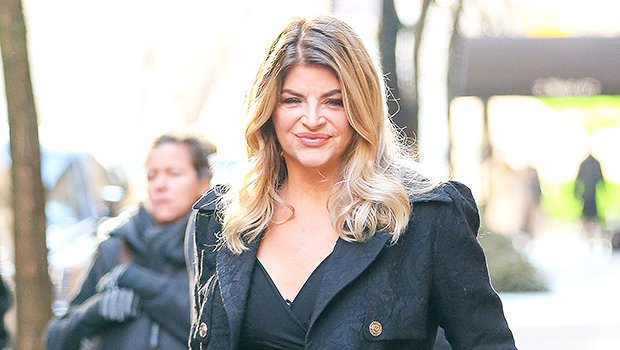 It’s a sad day in Hollywood, as the beloved actress Kirstie Alley has died at the age of 71. “To all our friends, far and wide around the world… We are sad to inform you that our incredible, fierce and loving mother has passed away after a battle with cancer, only recently discovered,” the statement on Dec. 5 began. “She was surrounded by her closest family and fought with great strength, leaving us with a certainty of her never-ending joy of living and whatever adventures lie ahead. As iconic as she was on screen, she was an even more amazing mother and grandmother.”

Her children, Lillie, 28 and True, 30, also thanked the Moffitt Cancer Center for helping their mother. “We are grateful to the incredible team of doctors and nurses at the Moffitt Cancer Center for their care. Our mother’s zest and passion for life, her children, grandchildren and her many animals, not to mention her eternal joy of creating, were unparalleled and leave us inspired to live life to the fullest just as she did,” the statement continued. “We thank you for your love and prayers and ask that you respect our privacy at this difficult time. With love always, True and Lillie Parker.”

Immediately after the statement was shared via Twitter and Instagram, many of Kirstie’s fans took to social media to mourn the For Richer or Poorer actress. “No way! So sad. Kirstie Alley was a beautiful and talented actress and over the last few years one of the few Hollywood stars advocating for truth on Twitter no matter how much push back and ridicule she received from her opponents. She will be missed!”, one admirer tweeted. While another fan added, “2022 takes another one Rest In Peace Kirstie Alley. Thank you for always standing for what’s right.”

Kirstie’s former Look Who’s Talking Now costar John Travolta, 68, took to Instagram to share a tribute post for her. “Kirstie was one of the most special relationships I’ve ever had. I love you Kirstie. I know we will see each other again,” the Grease actor captioned a throwback photo of Kirstie. Many of John’s followers took to the comments section to send their condolences. “I thought of you first! my heart breaks for you John. Jett. Kelly. Olivia. Kirstie. I hope you are surrounded by love during this time,” one admirer penned.

The late beauty rose to fame in the late 1980s when she starred as the character Rebecca Howe on NBC’s Cheers alongside Shelley Long, Ted Danson, and Rhea Perlman. Her role as Rebecca later landed Kirstie an Emmy Award for Outstanding Lead Actress in a Comedy Series in 1991. And just three years later, the actress took home a second Emmy Award for her work on David’s Mother.

Some of Kirstie’s other notable movies and TV shows include It Takes Two (1995), Village Of The Damned (1995), Toothless (1997), Drop Dead Gorgeous (1999), and many more. The Art of Men author worked alongside some of the most impressive actors in Hollywood including Seinfeld’s Jason Alexander, Dirty Dancing star Patrick Swayze, Halloween star Jamie Lee Curtis, NCIS star Mark Harmon, and many more.

David Robinson: 5 Things On ‘Dog’s Most Wanted’ Star Dead At 50 After Medical Emergency

Kirstie was born on Jan. 12, 1951, in Wichita, Kansas, to parents Robert Deal Alley and Lillian Mickie. The Golden Globe winner had two siblings Colette Alley, 74, and Craig Alley. She was previously married to actor Parker Stevenson, 70, from 1983 to 1997, and was also married to Bob Alley from 1970 to 1977. Kirstie welcomed her eldest child, True, in 1992, with her ex, Parker. They also welcomed their daughter, Lillie, in 1994. She had one grandchild, Waylon Tripp Parker, 6.