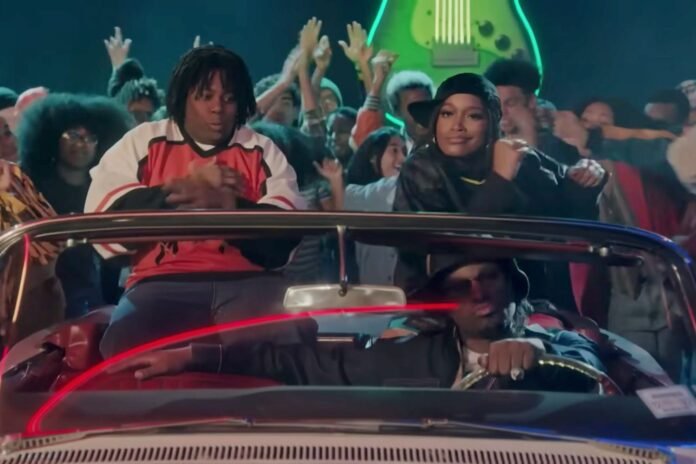 Kenan Thompson threw it back to his Nickelodeon era this weekend on Saturday Night Live.

After Palmer, 29, pitched him the reboot, Thompson said in a documentary-style confessional: “I should have asked questions. I thought it was gonna be a Jordan Peele-produced streaming series. I would have said yes to Kenan & Kel, but now it’s just Kelly.”

Palmer also added some drama to the sketch, revealing her character’s pregnancy with Thompson’s baby, before delivering a scenery-chewing monologue that ended with her catchphrase.

“Keke was gunning for an Emmy Award, so she wanted gritty and dramatic moments in it. I thought, ‘That won’t work.’ And I was right!” Thompson said.

Walker, 31, then showed Thompson his pretty spot-on impression of Mitchell in the duo’s hit 1997 comedy Good Burger, based on their All That sketch. “Well thank you, Devon. But I think we already found someone,” Thompson told him.

Mitchell, 44, then entered to applause from the live audience, making a beeline straight to the orange soda. But his reunion was Thompson was quickly cut short when an armed robber (played by James Austin Johnson) entered the store.

Revealing he’d been gone because he was “learning the art of karate,” Mitchell started showing off his moves, before the thief shot him in the chest.

“Don’t die on me Kel, no! My baby needs his father,” Palmer said before cutting her eyes back at Thompson. “You heard that right, Kenan. Kel is the father! I slept with him just to hurt you. Why do I hurt the ones I love most? Here comes the bus!”

Before taking his last breath, Mitchell uttered his catchphrase one last time: “Aw, here it goes!”

“The show is not good,” Thompson then admitted in his confessional. “But Jordan Peele called us.”

“He wants us to do a sequel to Nope,” Mitchell added, before fist-bumping Thompson and revealing the poster for the fictional film Yep.

Thompson and Mitchell starred in Kenan & Kel for four seasons from 1996 to 2000 after making their onscreen debut with as part of the original All That cast in 1994. Most recently, Mitchell surprised Thompson at the 74th Emmy Awards.