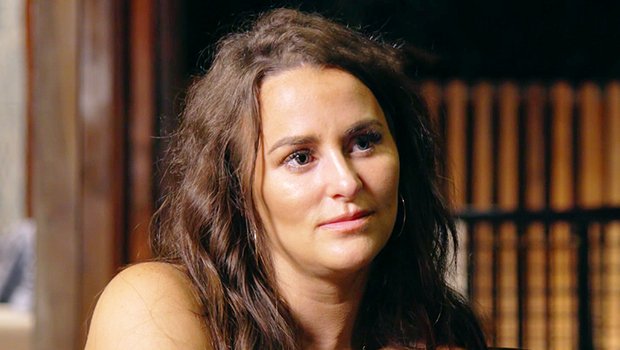 Leah Messer and Jaylan Mobley finally got engaged on Teen Mom: The Next Chapter, as they celebrated their one-year anniversary in Costa Rica during the Dec. 6 episode. But their relationship high didn’t last very long because once Jaylan told Leah that he asked for her stepdad’s blessing before proposing, she got pretty upset. Apparently, Leah isn’t very fond of her stepdad, Lee. Leah told Jaylan that he’s “the man” in her life, and he shouldn’t need another man’s permission to marry her. However, Jaylan told Leah that he sought Lee’s blessing simply out of respect. Still, Leah said if Jaylan was to ask anyone, it should have been her mom, whom she’s actually “close” with. She got so upset over Jaylan’s talk with Lee that she basically ruined their dinner date after the proposal. And the evening ended pretty awkwardly.

tonight’s all-new #TeenMom gets heated when Bri sits down with Devoin’s family 😰 don’t miss it at 8/7c on @mtv! pic.twitter.com/IZMclZJqPR

Meanwhile, Cheyenne Floyd realized she forgot to buy Zach Davis a ring with only days to spare before their wedding, so she ran around on a shopping spree, hoping to find the perfect band.

Later, Briana DeJesus met with Devoin’s mom to discuss his gambling addiction, but instead of solving anything, they just ended up fighting. Devoin’s mom didn’t like when Briana accused her of being a bad grandma, so she called her a “bitch”, and then Briana told her to “suck my d***”. And this all went down inside a restaurant — classy, right? (Insert video of RHOC’s Briana Culberson saying, “Omg! I thought this was a classy party.”)

on next week’s ✨SEASON FINALE✨ of #TeenMom: each of our moms are starting starting new chapters, next Tuesday at 8/7c on @mtv 🍼 pic.twitter.com/jFCskONBuH

Finally, Jade Cline extended an olive branch to her mother and invited her to Kloie‘s birthday party, but immediately upon arrival, she was begging for alcohol and telling Jade how to plan her wedding. Jade wasn’t happy about it and immediately regretted inviting her mom to the party.

Find Out The Finalists Of Season 22 – Hollywood Life