HomeEntertainmentGwen Stefani Cries About Last Season Of ‘The Voice’ With Blake Shelton...
Entertainment 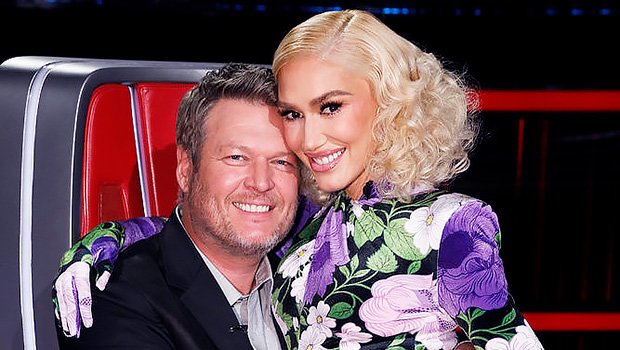 All good things must come to an end. Gwen Stefani, 53, knew that while talking about her final season coaching The Voice ahead of Monday’s live semifinals episode. The No Doubt singer couldn’t help but get emotional while reflecting on her “amazing,” holding back tears as she told Entertainment Tonight, “It’s just been a really amazing season, too short.

“It’s mine and Blake’s last season…” she went on, in an interview with Cassie DiLaura. “I can’t even get the words out of my mouth ’cause it sucks.”

“I never in my lifetime would’ve pictured me doing something like this, and it’s been one of the most fun things I’ve ever done,” she went on. “I love being a coach, I love watching the contestants grow, I love having an impact, it’s super inspiring for me. And then, on top of it, I meet my best friend here, that’s gonna be forever mine.”

The singer first met husband Blake Shelton, 46, on the show in 2014 and they went public as a couple a year later. After years together, they were wed in July 2021. He’s also set to retire after this season.

Gwen is excited for the last episodes, despite a win being unlikely. She and first-time coach Camila Cabello both have one singer left in the competition, while Blake and John Legend have three singers each.

“Everybody is so good that’s left,” Gwen said. “It’s the first time where I’m really like, I don’t know what’s gonna happen.”

Still, she praised her competitor Justin Aaron, telling ET, “His heart is so big. It’s not even just the singing, but it’s the heart that he puts behind the singing. I just feel honored to work with him.”