Guardians of the Galaxy 3 Trailer: Watch 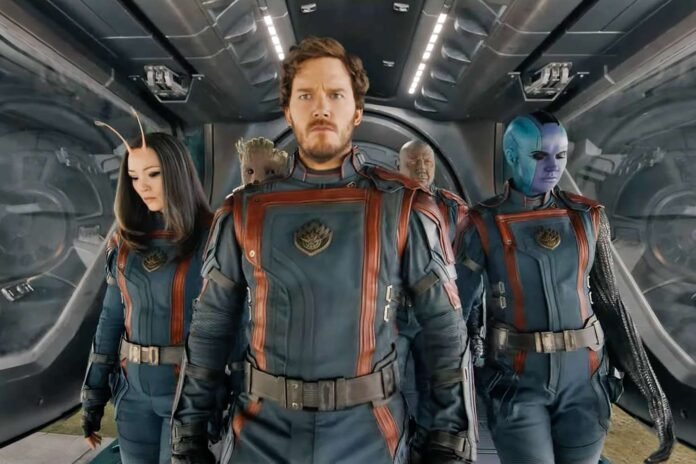 Fans are getting their first taste of Guardians of the Galaxy Vol. 3.

According to an official synopsis, Vol. 3 finds Star-Lord “still reeling from the loss of Gamora” (which happened in 2018’s Avengers: Infinity War), but he “must rally his team around him to defend the universe along with protecting one of their own. A mission that, if not completed successfully, could quite possibly lead to the end of the Guardians as we know them.”

The franchise’s third installment, which writer/director James Gunn announced would be the last, wrapped filming in May.

In January, Gunn appeared on Deadline’s Hero Nation podcast to discuss what’s in store for the long-awaited movie. “It’s so, so big and dark, and different from what people might be expecting it to be,” Gunn said on the podcast at the time. “I just want to be true to the characters, the story and give people the wrap-up that they deserve for the story.”

In an Instagram post May 6, Gunn wrote, “And that’s a picture wrap on the Guardians of the Galaxy trilogy. I love this amazing cast & crew & their beautiful talent & kind souls. I’m a lucky human to have them on the journey with me for nearly a decade.”

Gunn sent fans into a whirlwind of speculation with the final sentence of the photo’s caption, which he wrote in parentheses: “(And yes Zoe was with us but the only picture I have with her has an unannounced actor with us!)”

The first movie in the series, released in 2014, followed young Peter Quill (Pratt) as he was abducted by a group of alien thieves and smugglers and the chaos that ensues when he discovers a mysterious Orb on the planet Morag. In the 2017 sequel, Quill and the other Guardians fought to protect the precious batteries they were sent to guard but get into trouble when the items are stolen and search the galaxy for vengeance.

Guardians of the Galaxy Vol. 3 is in theaters May 5.

The Guardians of the Galaxy Holiday Special is now streaming on Disney+.