Find Out The Finalists Of Season 22 – Hollywood Life 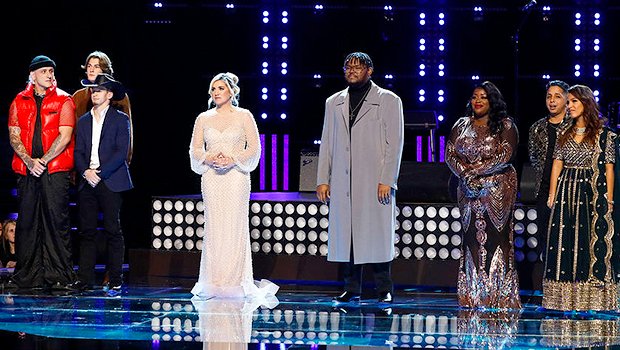 There’s only one episode left until The Voice season 22 finale, and 3 artists will be going home by the end of the night. Blake Shelton kicks the semi-finals results show off with a fun performance of his hit “Nobody.”

Blake continues to have a smile on his face after his performance because one of his top 8 contestants is the first to make it to the season 22 finale. Bryce Leatherwood is the first name to be called safe by host Carson Daly. To split up the results, John Legend takes the stage for an enchanting performance of his song “Nervous.”

Now two more safe contestants will be revealed. Morgan Myles is headed to the finale, which means first-time coach Camila Cabello will be represented next week in the two-night finale event. Morgan and Camila run towards each other and begin to jump up and down before hugging each other.

In the least surprising news of the night, Bodie will be competing to be the next Voice champion. He is Blake’s second artist to make the season 22 finale. After this set of results, Carly Pearce sparkles on stage while performing one of her hits.

Parijita, Kim, and Omar of Team Legend and Justin of Team Gwen will perform for the Instant Save. Fans will vote to save only one of these artists and make them the fifth finalist in the finale.

Parijita performs a stunning rendition of “To Make You Feel My Love” to start off the Instant Save performances. John calls the performance “gorgeous.” Kim dazzles with her performance of “All By Myself.” John raves over how “incredible” of a singer Kim is and how she’s one of the best artists he’s worked with.

Justin moves everyone with his powerful performance of “Made A Way.” Omar is the last semi-finalist to take the stage, and he slays with his rendition of Lady Gaga’s “You and I.”

Parijita, Kim, Justin, and Omar come together on stage for the live eliminations. America has instantly saved… Omar Jose Cardona! Parijita, Kim, and Justin have sadly been eliminated.