HomeMoviesFind Out About her Two Marriages – Hollywood Life
Movies 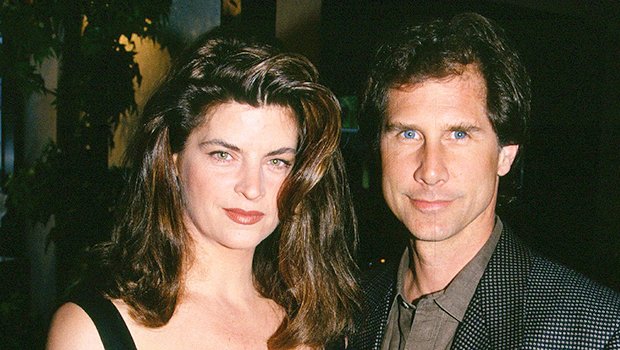 One of the small and big screen’s most beloved stars, Kirstie Alley, died on December 5, and many are wondering about her life behind the camera. Kirstie, who passed at the age of 71, had an extremely high-profile career, from her breakout role as seductive Rebecca Howe opposite Ted Danson on Cheers, to film roles including the one opposite John Travolta in Look Who’s Talking.

And while her time in Hollywood has been the stuff icons are made of, she certainly had her fair share of ups and downs in her personal life. Here’s everything to know about her two most important romantic relationships, one of which stretched all the way back to high school.

Kirstie married fellow actor Parker Stevenson, now 70, on December 22, 1983. Though the marriage ended in 1997, the couple welcomed two children through adoption, Lillie, 28 and William [who goes by True,] 30, with the Hardy Boys star after a reported miscarriage. In 2016, the former couple became grandparents when William had his own son. The marriage was allegedly fraught with difficulties, and in 2012 the gorgeous actress even opened up about feelings she had for people outside the marriage.

Per The Hollywood Reporter, while promoting her book The Art of Men (I Prefer Mine al Dente), she admitted that her “greatest love” was film costar John Travolta, though she kept it in for the sake of her marriage. “Believe me, it took everything that I had, inside, outside, whatever, to not run off and marry John — and be with John for the rest of my life,” she said, per The Huffington Post at the time.

The Drop Dead Gorgeous star also admitted to falling in love with the late Patrick Swayze, with whom she costarred in North and South — though she said there was no affair. “We did not have an affair,” she said. “But again, I think what I did was worse. Because I think when you fall in love with someone when you’re married, you jeopardize your own marriage and their marriage. It’s doubly bad.”

Parker once remembered being opposites with the Jenny Craig spokesperson. “Kirstie and I are exact opposites,” he told People in 1999. “That’s what made it so interesting, [but being opposites] makes for not a good marriage.” He also pondered on the “ugly process” of divorce and whether they’d be friends again. “Will we be friends someday? I don’t know.”

Kirstie Alley’s Kids: Everything To Know About The Late Star’s 2 Children

It was Kirstie’s two children from her marriage to Parker that announced her death on Dec 5, 2022. “She was surrounded by her closest family and fought with great strength, leaving us with a certainty of her never-ending joy of living and whatever adventures lie ahead,” they wrote in part, in an official social media statement. “As iconic as she was on screen, she was an even more amazing mother and grandmother.”

Bob Alley was close to Kirstie in more ways than one. The former couple reportedly met and fell in love in high school, and Bob already shared Kristie’s maiden name of Alley. Very little is known about their marriage beyond that (and photos are virtually impossible to find), though Kirstie did admit to an affair of sorts, per The Hollywood Reporter in 2012, identifying the man by the first name of “Jake.” She also revealed that it was what ended her first marriage.

“I didn’t have sex, but I think it was worse when you fall in love with someone else, when you’re with someone, and you’re plotting and you’re planning,” she said at the time. “What I did do with Jake was I kissed him. And in my world, in Kirstie world, that meant I had to get a divorce. … It took a long time [to forgive myself] because I was a horrible person, I destroyed my marriage.”