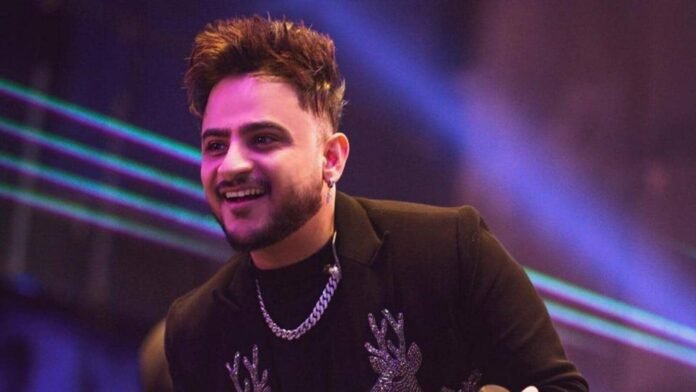 On Monday, we had exclusively reported that singer Millind Gaba will tie the knot on April 16. And now Gaba, whos is extensively occupied with his sangeet choreography and outfit trials, confirms the news with us, saying, “April mein wedding hain on 16.”

Ask him how he feels and the singer admits “there is nervousness”. “It’s exciting yet adventurous, as it’s a new chapter of life. I perform at wedding shows, but apni wedding ka experience kiya nahi,” says, the singer, who is marrying his girlfriend of four years, social media influencer Pria Beniwal.

Gaba, who has “planned a lot of surprises” for her, “Everything that I’m doing is for her. I want to make her smile. Four years ago, things were different and difficult. I’m struggling even today, however, things are easy now (as compared to earlier). She has supported me when I was nothing and that means a lot to me. I respect that she has stood with me from the beginning. She has supported me whenever I’m down. And today, I’m more emotionally connected to her.” Gaba mentions that “friendship” is the base of their relationship. “Just a look at her, and I know what is happening with her,” he adds.

Currently, the he and his family are swamped with wedding prep. “The guest list is huge. We are still working on it, while the cards are getting ready. I want everything to be perfect. It’s the same feeling as one gets before giving exams.”

Ask him about his outfit, and he coyly, says, “I’ve always been conscious of my hair. I don’t know how I will look with the sehra. That’s a dilemma, baal chupana nahi hai.” However, he talks about his bride-to-be : “She is very precise. Right from hair, makeup to dress, she knows exactly what she wants.”

The wedding festivities will begin from April 11, with the sagan ceremony. The couple will throw a cocktail bash on April 13 and Beniwal’s mehendi ceremony will take place on April 15 at her place. The wedding is expected to be a traditional affair with Punjabi rituals. The couple will also follow Jat rituals with the virtue of Beniwal’s Haryanvi Jat descent.