HomeEntertainmentDwayne Johnson Supports His Wife As She Sings National Anthem At NFL...
Entertainment 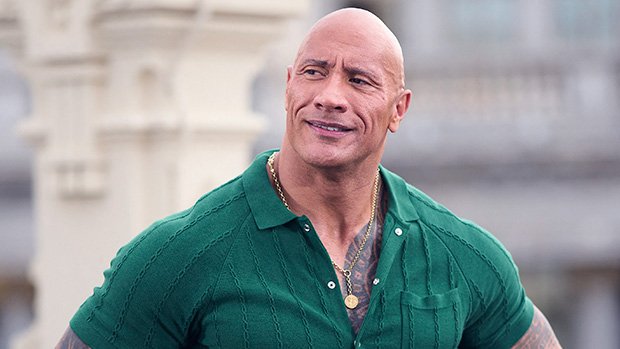 A day after witnessing Lauren Hashian sing the National Anthem at an actual NFL game, Dwayne “The Rock” Johnson reflected on his big moment in his wife’s career, and how he could share it with their daughters, Jasmine, 6, and 4-year-old Tia Johnson. “Me holding my babies tight, while their mama sings a powerful & inspiring National Anthem to 70,000 strong at [SoFi Stadium] – will go down as one of the greatest and most moving moments of my life,” Dwayne, 50, captioned the Instagram video he posted, showing him on the sidelines as Lauren, 38, performed.

The Rock swayed back and forth during the performance while watching his love sing. His aviator shades helped him hold back tears, but it was clear Lauren’s singing moved him. “As a father, it rocked my soul to hold our little ones in this milestone moment, as I could literally feel their proud energy and vibration for their mama singing – they felt it,” commented The Rock. “At these little ages, they don’t understand how meaningful this moment is for our family and how incredibly important the words of this song are to our great country and every American in it. It’s my job to explain it and teach them one day, and as their father, I can’t wait.”

Man, you can FEEL THE MANA in the air as Lauren sings,” he continued. “Good thing I had my glasses on because as Lauren rounded the corner with ‘…gave proof through the night that our flag was still there. Oh, say does that star-spangled banner yet wave, o’er the land of the free and the home of the brave…’ And I looked down and saw my girls with their little hands over their hearts…that was it for me. Daddy was done.” The Rock ended his message with congratulations to his wife “on this incredible career milestone and American honor. You are the real superstar of our family.”

The Rock has one more child: Simone Johnson, his daughter from his first marriage with Dany Garcia. Dwayne and Dany went their separate ways in 2008 but have remained close. Simone decided to follow in the family business, and in October 2022, she made her WWE television debut as part of the company’s developmental brand, NXT. Simone, under the name Ava Raine, debuted as part of Joe Gacy’s wrestling faction, Schism.

Simone Johnson: 5 Things About ‘The Rock’s Daughter, 21, Who Just Made Her WWE TV Debut