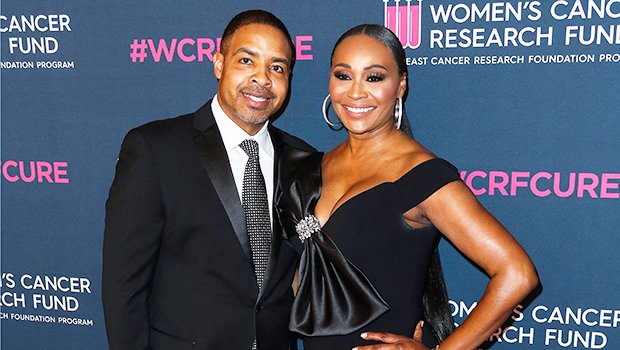 Cynthia Bailey, 55, is formally alleging ex Mike Hill, 52, of cheating. In new court documents filed in Fulton County, Georgia, the Real Housewives of Atlanta star says that, “[the] petitioner [Bailey] is entitled to a divorce from the Respondent [Hill] due to inappropriate adulterous relations and moral ethics in his conduct,” per Page Six. The legal paperwork comes after Cynthia previously denied that Mike cheated.

The allegations also appear in another set of court documents labeled as “motion to seal,” seemingly doubling down on the infidelity accusations. The documents said that they may “raise issues concerning both the moral character and embarrassing acts of one of the parties” and were therefore intended to be kept private. “These facts are perceived to have a strong probability of potentially adversely compromising one of both parties’ reputation, image, business dealings, and will significantly harm the parties mentally, psychologically, financially and emotionally,” they also said.

Mike has responded to the claims, calling them an “error” in a response to the outlet. The sportscaster also claimed that Cynthia’s legal time is “releasing statements retracting this” — however, no statement has been released as of publishing time. Notably, the divorce was finalized on Thursday, Dec. 1. HollywoodLife has also reached out for comment about the accusations in the new documents.

“I have love and respect for Cynthia. I always have and always will,” he also said of his ex. “As you heard in her own words, there was never at any time in our marriage any inappropriate adulterous relations. Our marriage didn’t work but we still remain the best of friends,” he also said.

In Nov. 2021, just a year after the couple walked down the aisle, Mike faced accusations that he had sent inappropriate photos of his genitals to another woman. At the time, Cynthia dismissed the allegations and dubbed them “annoying” as the pair continued with their marriage. Things took a turn in Oct. 2022, however, when the Bravo star filed for divorce — yet still denied cheating.

“There was no infidelity to my knowledge. Mike never had sex with another woman during our marriage,” she stated to PEOPLE at the time. “At the end of the day, it just came down to a number of things. And I respect Mike and respect our marriage too much to go into the details of those things, but it was nothing scandalous, we just outgrew each other.”

When appearing on the Two T’s In A Pod podcast with RHOC alum host Tamra Judge, 55, and RHOBH alum Teddi Mellencamp, 41, Cynthia addressed the split — but said it was more because the relationship had run its course. “I felt like we weren’t friends anymore,” Cynthia said. “I felt like it was just going toward we’re just not going to be friends if we didn’t pump the brakes.”