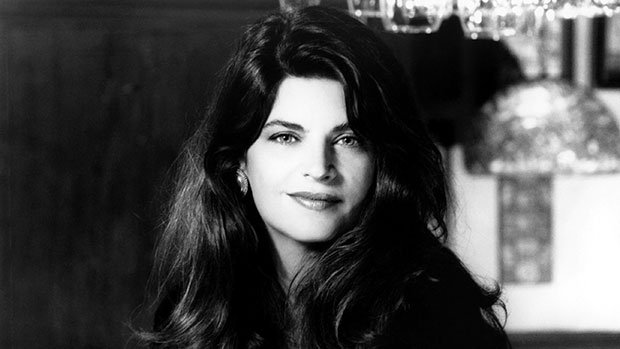 News of Look Who’s Talking star Kirstie Alley‘s death broke on Dec. 5, and many of her former costars and Hollywood peers mourned the actress via social media following the tragic news. Tim Allen, 69, who costarred with Kirstie in For Richer or Poorer took to Twitter to write a sweet message for his late friend. “A sweet soul pass on in Kristie Alley. Sad, sad news. Prayers for all her family,” he wrote. Another celebrity to write about the late Emmy winner included her former Look Who’s Talking Now costar John Travolta, 68. “Kirstie was one of the most special relationships I’ve ever had. I love you Kirstie. I know we will see each other again,” he captioned the throwback photos.

An outpour of love for the It Takes Two star continued as the somber evening progressed, including an Instagram post from Scream Queens star Jamie Lee Curtis, 64. “I’ve just heard the sad news that Kirstie Alley has died. She was a great comic foil in @tvscreamqueens and a beautiful mama bear in her very real life,” Jamie’s caption read. “She helped me buy onesies for my family that year for Christmas. We agreed to disagree about some things but had a mutual respect and connection. Sad news.”

A sweet soul pass on in Kristie Alley. Sad, sad news. Prayers for all her family.

Jamie wasn’t the only Scream Queens alum to post about Kirstie’s passing either, as Abigail Breslin, 26, also took to Instagram to open up about her grief. “RIP @kirstiealley you were a great lady. I’m so happy I got to work with you on Scream Queens season 2 and always chuckled at the way you put your name in my phone. I hope you’re resting peacefully now. Love to Kirsties family and friends. Xx”, the actress wrote. Her screenshot included Kirstie’s phone contact which read, “Kirstie (like thirsty).”

This is such sad news. A beautiful, brave, funny and beloved woman. Rest in Peace, Kirstie Alley. https://t.co/3kUpIkV7QB

The news of the Golden Globe winner’s death was shared via Instagram and Twitter on Dec. 5, via her family. “To all our friends, far and wide around the world… We are sad to inform you that our incredible, fierce and loving mother has passed away after a battle with cancer, only recently discovered,” the statement began. “She was surrounded by her closest family and fought with great strength, leaving us with a certainty of her never-ending joy of living and whatever adventures lie ahead. As iconic as she was on screen, she was an even more amazing mother and grandmother.”

RIP Kirstie. I loved you so. We will meet again.

“We are grateful to the incredible team of doctors and nurses at the Moffitt Cancer Center for their care. Our mother’s zest and passion for life, her children, grandchildren and her many animals, not to mention her eternal joy of creating, were unparalleled and leave us inspired to live life to the fullest just as she did,” her children, Lillie, 28 and True, 30, continued. “We thank you for your love and prayers and ask that you respect our privacy at this difficult time. With love always, True and Lillie Parker.” Although her family revealed that she passed away due to cancer, an official cause of death has been revealed at this time.

A few other celebrities to add thoughtful social media messages about Kirstie, also included former Fox News host Megyn Kelly, and One Day at a Time star Valerie Bertinelli. Megyn wrote, “This is such sad news. A beautiful, brave, funny and beloved woman. Rest in Peace, Kirstie Alley.” And Valerie wrote a kind messgae via Twitter as well. “Oh Kirstie Rest in Peace,” she penned.

Kirstie Alley’s Husband: Everything To Know About Her 2 Marriages To Parker Stevenson & Bob Alley

Radio host Adam Carolla, 58, wrote a message via Twitter regarding the late beauty. “I felt lucky to know you @kirstiealley . Rest in peace, my friend,” he wrote. Four Christmases actress Kristin Chenoweth, 54, also shared a series of photos to grieve her friend. “I love you, Kirstie. I will see you again someday. I can’t believe you’re gone,” the Broadway star wrote. “RIP Kirstie. I loved you so. We will meet again,” Kristin also added in a prior tweet.