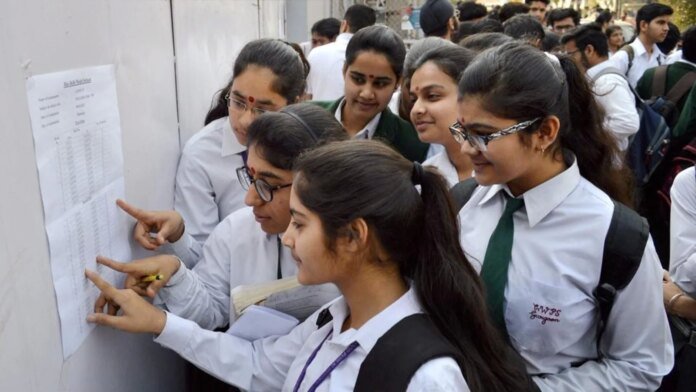 The Central Board of Secondary Education (CBSE) has communicated the results of the Term-I exams for Class 10 to the schools, it has said in an order.

Last year, the CBSE had announced that the board examinations for 2022 will be conducted in two terms. The Term-I exams for major subjects were held between November 30 and December 11 last year.

The weightage of Term-I and Term-II exams will be decided at the time of declaration of Term-II result and accordingly, final performance will be calculated, the board said.

“The Board is informing the schools only about the theory performance of their students of Class X in a collective manner. Hence, the performance of individual student will not be available on the website,” the CBSE said in a circular on March 11.

It said it has communicated the results of only theory performance of the students since the information about practical/project/internal assessment is already with schools.

Since it was Term-I only, the board has not issued any mark sheet or passing certificate, which it said will be issued only after the Term-II exam. .

It has also constituted an online dispute redressal mechanism for any disputes regarding the Term-I examinations, which it said was made available immediately.

The online link will stay live till March 26, it said, adding, that the disputes will be settled only after the Term II exams though.

The board said that no performance was shared for students who missed their Term-I exams due to COVID or due to their participating in any national or international exam or sport event.

Their final performance will be assessed on the basis of their performance in Term-II examinations, it said.

“To address the difficulty level between the two sets of Question Papers in Term-I examinations, needful action will be taken at the time of preparation of the final result,” it said in the ciruclar.

For students placed in the Repeat/Compartment/ Pass category, the result will be declared only after Term-II exams.

The Compartment Exams will be conducted on the basis of the syllabus of Term-II examinations, it said.

The board will not allow students the option of changing their examination centre for Term-II exams.

As for correspondence or private candidates, since they will be appearing only in Term-II exams, their marks in practical and theory will be awarded on pro rata basis, the CBSE said.

It also said that “due care” has been taken to address any totalling or marking mistake in the academic interest of the students.

The board said action as per rules on ‘unfair means’, ‘sub judice’, ‘not eligible’, and ‘result later’ cases etc will be taken at the time of final results.

“Such candidates are presently allowed to appear in Term-II Examinations,” it said.

The CBSE released the date-sheet for the Term-2 exams on Friday. The Term II exams will commence from April 26.

Bankman-Fried begged for rescue as he revealed huge holes in FTX books: Report