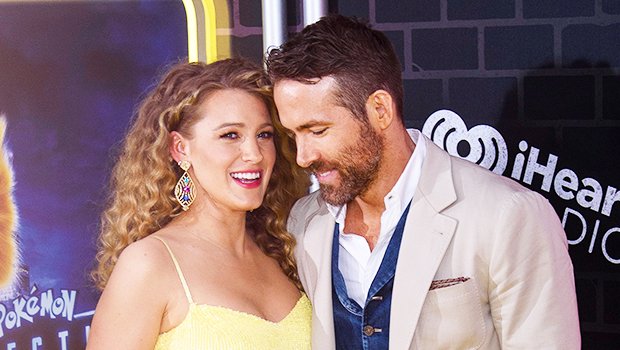 Blake Lively, 35, and her husband, Ryan Reynolds, 46, are in the holiday spirit, as they spent some time with Santa and Jessica Claus on Dec. 5. “We met Jessica Claus and her husband on the Polar Express. She was everything I’d always dreamed [sic] since I was a kid. She smelled like cinnamon buns and sangria,” the Deadpool star captioned the cute snapshot. In the photo, a pregnant Blake rocked a pink robe and a pair of Christmas pajamas featuring elves and snowflakes. Ryan, for his part, looked cozy in a soccer sweatshirt, a beanie, black trousers, and white sneakers.

Many of Ryan’s 46.7 million Instagram followers sounded off in the comments about Santa’s wife, Jessica. “I was today years old when I learned that Mrs. Claus is a JESSICA,” one fan wrote, while another chimed in, “HER NAME IS JESSICA??” A separate fan commented on the 46-year-old’s remark about the smell of Mrs. Claus. “Sangria and cinnamon buns! That’s quite the combo. Are YOU pregnant?!”, the admirer joked.

Blake’s hubby has also been in the holiday spirit for a while now, as his movie, Spirited, premiered via AppleTV+ on Nov. 11. “Amazing what a year’s worth of tap dance classes can do. If only Will [Ferrell] and I took them. #Spirited on @AppleTVPlus,” Ryan captioned the trailer for the movie via Instagram on Nov. 2. Later, on Nov. 7, Ryan shared a hilarious video about being in the Christmas movie alongside Will. “Do you have any idea what it’s like being in a Christmas movie with Will Ferrell that’s not Elf?”, the dad-of-three said. “Spirited is not Elf, it’s not Deadpool either,” Will replied. “It is a musical, it is funny.”

The holiday content from both Blake and Ryan comes about three months after the Gossip Girl alum debuted her baby bump in New York City on Sept. 14. The chic mom rocked a sequined gold mini dress for the 10th Annual Forbes Power Women’s Summit in the Big Apple. She was at the event to discuss her company, Betty Buzz, and shared the moment via Instagram. “@forbes for having me to talk @bettybuzz , @grameenamerica and owning what you believe in. Such an honor,” Blake captioned the Sept. 17 photo.

Ryan and the blonde bombshell are parents to three adorable kids, including James, 7, Inez, 6, and Betty Reynolds, 3. Blake also took to Instagram on Sept. 17 to share carousel of photos of her pregnancy and slam paparazzi. “Here are photos of me pregnant in real life so the 11 guys waiting outside my home for a [unicorn emoji] sighting will leave me alone,” her caption began. “You freak me and my kids out. Thanks to everyone else for all the love and respect and for continuing to unfollow accounts and publications who share photos of children. You have all the power against them. And thank you to the media who have a ‘No Kids Policy’. You all make all the difference. Much love! Xxb.” The celebrity couple has been married since 2012, and celebrated their 10th wedding anniversary on Sept. 9.

Ryan Reynolds’ Wife: All About His Marriage To Blake Lively & Past Relationships