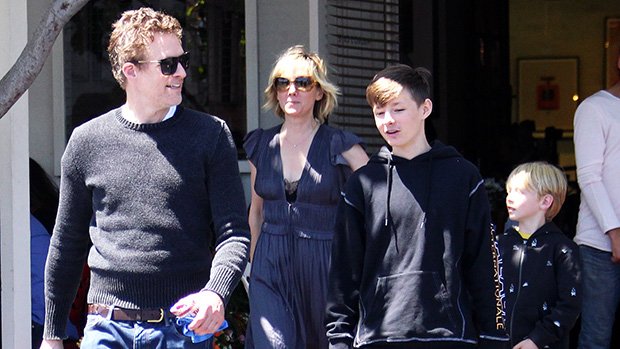 After months of legal tussling with Anne Heche‘s ex James Tupper, 57, her eldest son Homer Laffoon, 20, has obtained control over his late mother’s estate. A Los Angeles Superior Court judge granted Homer control over the estate on Wednesday, November 30, even over James’ continued objections and claims that $200,000 worth of her jewelry had “gone missing,” per The Daily Mail. Anne’s son is now the permanent “general” administrator, though James (who is the father of Homer’s younger brother Atlas Tupper, 13,) had fought to have an “independent” administrator appointed instead. Homer is the son of Anne and her ex, cameraman Coleman “Coley” Laffoon.

“We believe the court reached the correct result this morning, both legally and equitably, and are glad to have this phase of the process behind us,” Homer’s lawyer told HollywoodLife in a statement. “With Mr. Tupper’s allegations and objections now resolved, we are hopeful the administration of the Estate can proceed without unnecessary complication.”

The decision puts an end to months of legal wrangling between the two parties following the shocking death of Anne, who died at the age of 53 after her blue mini-Cooper infamously crashed into a house on August 5. After the fiery collision, Anne “suffered a severe anoxic brain injury” and fell into a coma after being treated for burns. The actress was on life support, but on August 12 was declared legally dead in the state of California and subsequently taken off life support on August 14. Her remains were later cremated on August 23, and sent to Hollywood Forever Cemetery.

Homer was previously appointed legal guardian over his half-brother in an October 11 ruling, also over the objections of James. “We are pleased—but not surprised—with the court’s ruling this morning denying James’ petition to appoint himself guardian ad litem for Atlas,” Homer’s lawyer told HollywoodLife at the time. “We look forward to the court resolving Homer’s petition at the next hearing and, in the meantime, Homer will continue to diligently administer the Estate pursuant to his authority as Special Administrator.”