Angela Bassett Reacts to Keke Palmer’s Impression of Her 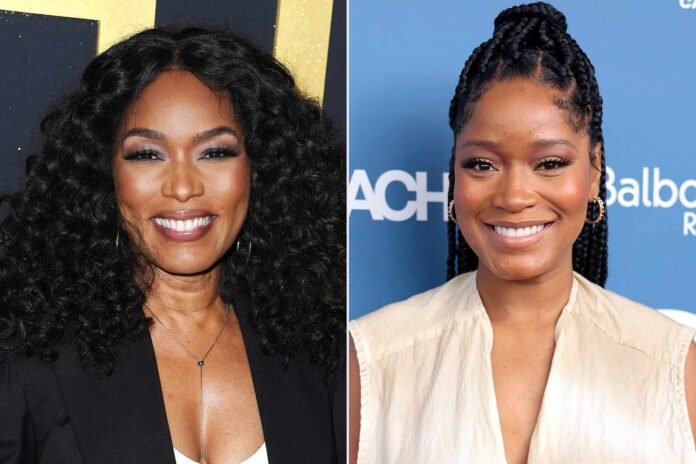 Vanity Fair recently reunited the two actresses 16 years after they played mother and daughter in 2006’s Akeelah and the Bee. During their sit-down video interview, Bassett, 64, asked Palmer, 29, about her impression of her — and invited her to demonstrate it face to face.

“I’ve seen you online imitating me,” Bassett said with a laugh. “You do a great job.”

Palmer explained that Queen Latifah, whom she’s worked with on a few films including 2012’s Joyful Noise, used to ask her to do the Bassett impression “all” the time on sets. “I used to only do it for her. I just recently started doing it online and everything,” she said. (She did the impression back in 2013 on Latifah’s eponymous talk show, joking at the time that “it’s all in the lips.”)

Said Bassett in the Vanity Fair video: “Okay, Keke — we’re here together. You’re finally here; I don’t have to watch you online. I can actually see it right here before me.”

“I can’t believe this. This is insane,” Palmer replied.

The Black Panther: Wakanda Forever actress then encouraged her, “Don’t be shy. You’re not shy at all.”

“Let me get myself together,” the Nope actress said as she got into character and demonstrated her impression of Bassett in the 1992 TV miniseries The Jacksons: An American Dream. Bassett even joined in, doing the line reading along with Palmer. Palmer called Bassett’s performance in that project “amazing and incredible.”

RELATED VIDEO: Keke Palmer on Modeling Her Career After Moguls: ‘You Never Want to Get Stagnant’

Elsewhere in the interview, Palmer pitched Bassett on the idea of remaking the 2001 movie Heartbreakers about a mom and her daughter who scam wealthy men.

“Have you ever seen this movie called Heartbreakers? It’s an old movie with Sigourney Weaver and Jennifer Love Hewitt. They’re a mother and daughter duo. And they are secretly scamming a bunch of men. And I would love for us to redo a version of this movie,” she told Bassett, who responded, “Oh, I taught you everything you know! But then you upped the game because, you know, it’s all digital and stuff.”