HomeEntertainmentAlyssa Farah Griffin Claps Back At Ana Navarro On ‘The View’ –...
Entertainment 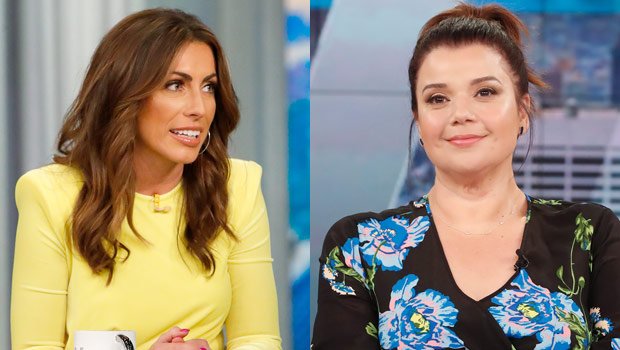 The hosts of The View don’t hold back on their opinions, even when it comes to each other. Alyssa Farah Griffin shot back at Ana Navarro, after she interrupted her as she was making a comment about having difficult female co-workers. The women were having a discussion about “toxic femininity” on the show, on Monday, December 5.

Alyssa shared her own experiences about how she had occasionally had difficult female coworkers. “Some of the worst bosses I’ve had have been women, and sometimes colleagues in the workplace, who are women,” she said, about to quote former Secretary of State Madeleine Albright before Ana cut her off.

Ana hopped in, noting Alyssa’s former positions in the White House during former President Donald Trump’s administration, suggesting that she may have had a tough time with his former Senior Counselor Kellyanne Conway.  “That’s what happens when you work with Kellyanne Conway,” she said.

Ana took a sip from her coffee mug, but Alyssa fired back after the comment. “I can’t really get a word in without you attacking me,” she said. “So I wouldn’t say—this isn’t like a totally different environment of women supporting each other.”

Despite the brief hiccup, Alyssa continued smiling, and Ana didn’t say anything in response to her comment. The co-host then finished the quote she’d meant to say: “There is a special place in hell for women who don’t help other women.”

The women continued the conversation, and despite the shady comment about Ana, Alyssa did give praise to her other co-host Whoopi Goldberg towards the end of the discussion and spoke about how women are usually supportive of each other. “You’ve been so supportive of all the women on this show, because you’ve accomplished so much. We’re all coming up under you and just looking up to you,” she said. “Women support women more than they don’t, but I think it’s worth acknowledging when we’re hard on each other.”

Alyssa Farah Griffin: 5 Things On The New Co-Host Of ‘The View’