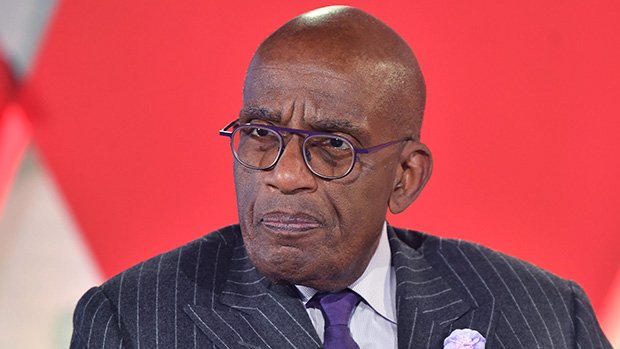 Al Roker was reportedly taken back to the hospital in a hurry on Friday, November 25, after suffering from a health scare due to blood clots, less than a day after he was released from the hospital. Sources revealed that Al, 68, was rushed to the hospital the day after Thanksgiving, as his wife Deborah Roberts tried to retrieve her phone from her car to go with him, according to Page Six. The hospital visit came after Al’s presence was missed during the Macy’s Thanksgiving Day Parade, marking his first absence from the show in 27 years.

An eyewitness who saw Al taken away told the outlet that he seemed to be improving since the visit. “Al was taken from his home in a stretcher back to the hospital on Friday, the day after Thanksgiving. His condition was worrying, but once back in the hospital he improved,” they said. HollywoodLife has reached out to representatives for Al Roker.

The onlooker continued and said that Deborah, 62, was trying to break the window of their Tesla to get her phone to go join him. “His wife, Deborah, was understandably very upset. She had left her phone and other possessions inside their Tesla, which had malfunctioned and wouldn’t unlock, so she was trying to smash in a window,” they said. “Deborah then went to the hospital by taxi with her daughter, where Al has since been surrounded by his family.”

Al had revealed that he’d been hospitalized for a blood clot in mid-November in an Instagram post. ” I was admitted to the hospital with a blood clot in my leg which sent some clots into my lungs. After some medical whack-a-mole, I am so fortunate to be getting terrific medical care and on the way to recovery,” he wrote to let fans know why he hadn’t been on Today.

When the beloved weatherman was missing from the show, his fellow Today hosts shared their love and well wishes with him during the broadcast. Hoda Kotb noted how this was the first time that he was missing in almost 30 years, and shared a positive message. “As a lot of you have heard, Al is recovering, and he’s recovering very well from a recent medical issue. We just want to say, we love you, Al. Wonder if you’re watching, but we wish you a full recovery,” she said.

On his Instagram, Al shared that he’d caught some of the parade and gave a thumbs up to Hoda and Savannah Guthrie on his Instagram. He also shared a family photo, clearly happy to be with his loved ones for the holiday. “So very thankful to be able to be home for Thanksgiving dinner with family,” he wrote.

Al Roker’s Wife: Everything To Know About The ‘GMA’ Star’s 2 Marriages To Deborah Roberts & Alice Bell