HomeWorldAdele Has Fan Try To Give Her His Number At Las Vegas...
World 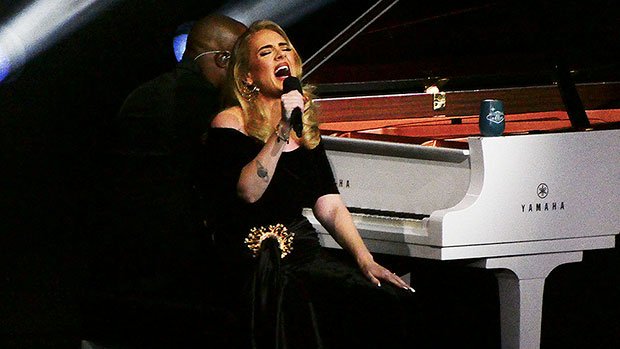 Adele has been delighting fans with her dulcet tones and inimitable wit during her Las Vegas residency recently, and it appears one fan was truly smitten during a performance as he tried to slip the singer his number! The Grammy winner was all smiles during the Dec. 2 “Weekends with Adele” concert as she made her way through the crowd before the gentleman slyly tried putting a small piece of paper in her hand, per the hilarious clip posted by PopCrave. Like the pro she is, Adele kept it moving with a laugh and quickly passed the digits back to the hopeful stan.

A fan tried giving Adele his phone number at her ‘Weekends with Adele’ show tonight in Vegas. pic.twitter.com/BvbXQ0dDBm

Last weekend at her concert, Adele revealed she wanted to perform in front of a crowd that was loosened up with liquid courage! The iconic singer made sure to let her residency audience know she preferred her fans a bit buzzed during her performances at Caesar’s Palace. “Go and order some drinks… the drunker you are, the better I am,” the “Water Under the Bridge” hitmaker said between songs, according to The Mirror.

The Grammy winner, who canceled her original residency last year after saying she wasn’t ready, also went on to thank her fans for showing up. “I worked my absolute a**e off for this. I couldn’t have done that other show and you wouldn’t have liked it either, I’m telling you that,” she said on stage, per the outlet.

Initially, Adele was slated to kick off the residency on January 21, performing two concerts per weekend until April 2022. However, she canceled 24 hours before the opening. In a tearful video posted to her Instagram at the time, she told her millions of fans that she “tried absolutely everything” for the show “to be good enough” but it had been “destroyed” by both COVID-19 and “delivery delays.” She added, “I’m so upset, and I’m really embarrassed and so sorry to everyone that traveled to get here. I’m really, really sorry.”

Meanwhile, ahead of Adele’s first performance, a source EXCLUSIVELY told HollywoodLife that she was planning an “epic celebration” to launch the Weekends with Adele engagement. “Adele cannot wait for her residency to kick off, she’s more than ready,” the source began. “She’s put her heart and soul into preparing, she’s been rehearsing 12 hours a day and every little thing is in place and perfected. At this point it’s just a feeling of wanting it to hurry up and be opening night because now that everything’s ready the waiting is tough, it’s like the countdown to Christmas morning or something.”